December 16-January 16:  Nothing is more motivating on a building project than knowing you have put 100% into a task, that it is done, and you are now free move on to something new. As if it were Christmas, I tore open 4 boxes of plastic MemBrain vapor retarder and began hanging it like a curtain on my walls. Of course, it quickly became another labor of love and laborious. Each electrical wall outlet and switch, each wire and pipe, each window opening had to be carefully lapped around and caulked before I could confidently call in the drywallers and the insulators.

I explained the necessity and benefits in my previous posts “The Whys & Hows of Vapor Retarders” and “Hanging the Lid”, written after I’d draped and drywalled the ceiling.

Just as before, the vapor retarder hung long and the drywall stopped short at the edges. Running along the ceiling perimeter and under each window was a 6” gap—just enough room to stick in the insulation hose.

My crew from Accurate-Airtight Exteriors arrived with a box truck fitted with a hopper and assortment of hoses, and a trailer full of bales. They were eager to see how my house was coming along. Last time they were here was in June, when it took them 3 days to pack the ceiling. This trip, they’d need 4 to pack the walls. A lot of their work is retrofit and crawling around in attics and basements. My house was going to be a nice break in the routine, easy—even a little boring.

My walls are 11-3/4” thick. The north wall is 13′-6” tall and 56′ long, with few windows. The bales were slit open in the garage and slowly fed into the hopper. The hoses were draped through a window and down through each frame cavity. Cellulose—non-toxic, biodegradable, and 100% a byproduct of the paper mills up in the Fox Valley—trickled out. It was going to be a slog. Wallace Kennedy and son Nicholas took it in stride, and were a delight to have around. 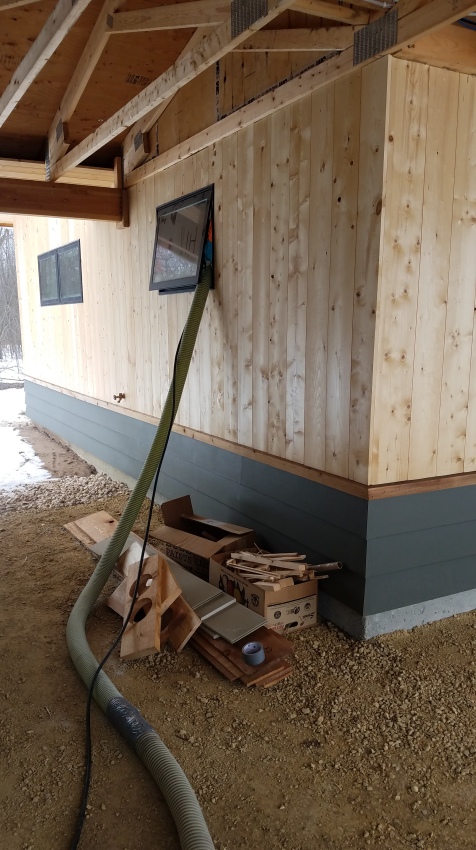 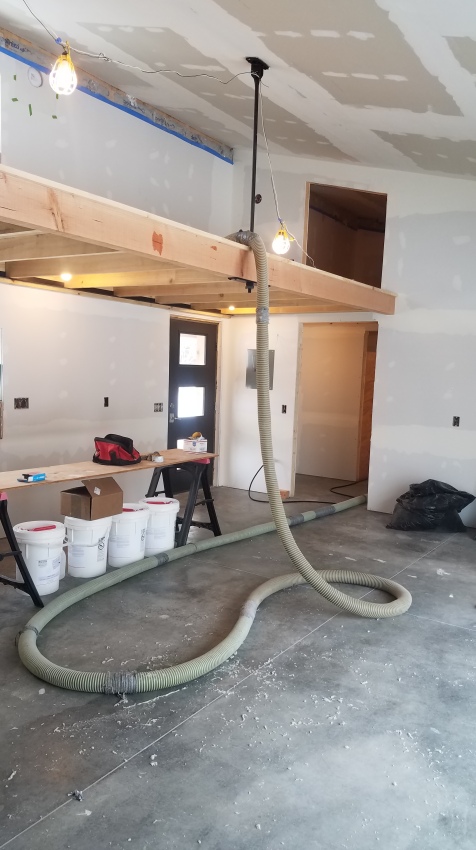 There are many ways to build a super-insulated wall. My goal was “double Code minimum”—about R-38 to R-45. Here are the basic options I considered:

All are interesting and have their advantages. To decide, I turned to my most trusted source for practical advice and solid building science, Green Building Adviser. What method—for my situation—would be the most build-able, affordable, least toxic, and have the lowest carbon footprint? I settled on a 2×4 double-stud wall with dense pack (not loose fill) cellulose, for an R-45.  I’d be happy to talk with you in more depth about the options, pro & con. 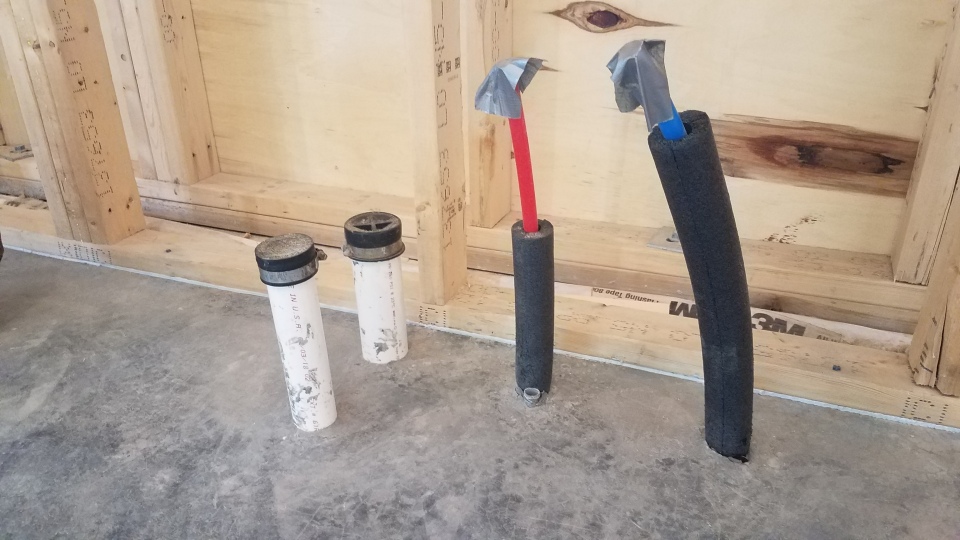 The house was, of course, noticeably warmer by the time my crew left.  On sunny days, I can turn off the heat and coast on passive solar energy.  Next step: mudding & taping the drywall.

Posted on February 10, 2020 by amberwesterman